Ellsworth Kansas is Building the National Drovers Hall of Fame

It was a time when “America’s man on horseback–not a helmeted soldier, but a booted cowboy–rode over the rim with all the abandon, energy, insolence, pride, carelessness and confidence that epitomized the booming west.” The National Drovers Hall of Fame was “conceived to honor the old-time trail drivers that drove wild longhorn cattle on the long trails to northern markets.”

There’s only one problem: The museum does not exist yet, as it will be housed in the Old Insurance building located at 115. North Douglas.

Dru Richard, an AG and Commercial lender in his professional career is the Treasurer of the National Drovers Hall of Fame, incorporated as a 501(C)(3) non-profit in 2003. “This has been a long journey,” Richard said, “but we are making progress and everyone involved is getting more excited.” BEFORE: The beams you see lying across the basement area is where the new 1st floor will go

Ellsworth, Kansas, Noted as “The Wickedest”

The stories and history of the Old West in America are full of tales of high adventure, gunfights, and more–some of which, according to Richard, “actually happened!”

The story of Ellsworth started in 1867, when the town was platted out. A year later there was an election for Sheriff E.W. Kingsbury was elected over another lawman named James Butler “Wild Bill” Hickok, who would go on to be known for his own legends.

In 1871, the Union Pacific Railway came to town, and soon cattle were herded from Texas to Ellsworth.

Abilene was regarded as “the first” cattle town, while Ellsworth gained a reputation as “the wickedest” and Dodge City became known as “the last” when it supplanted Ellsworth in 1875. 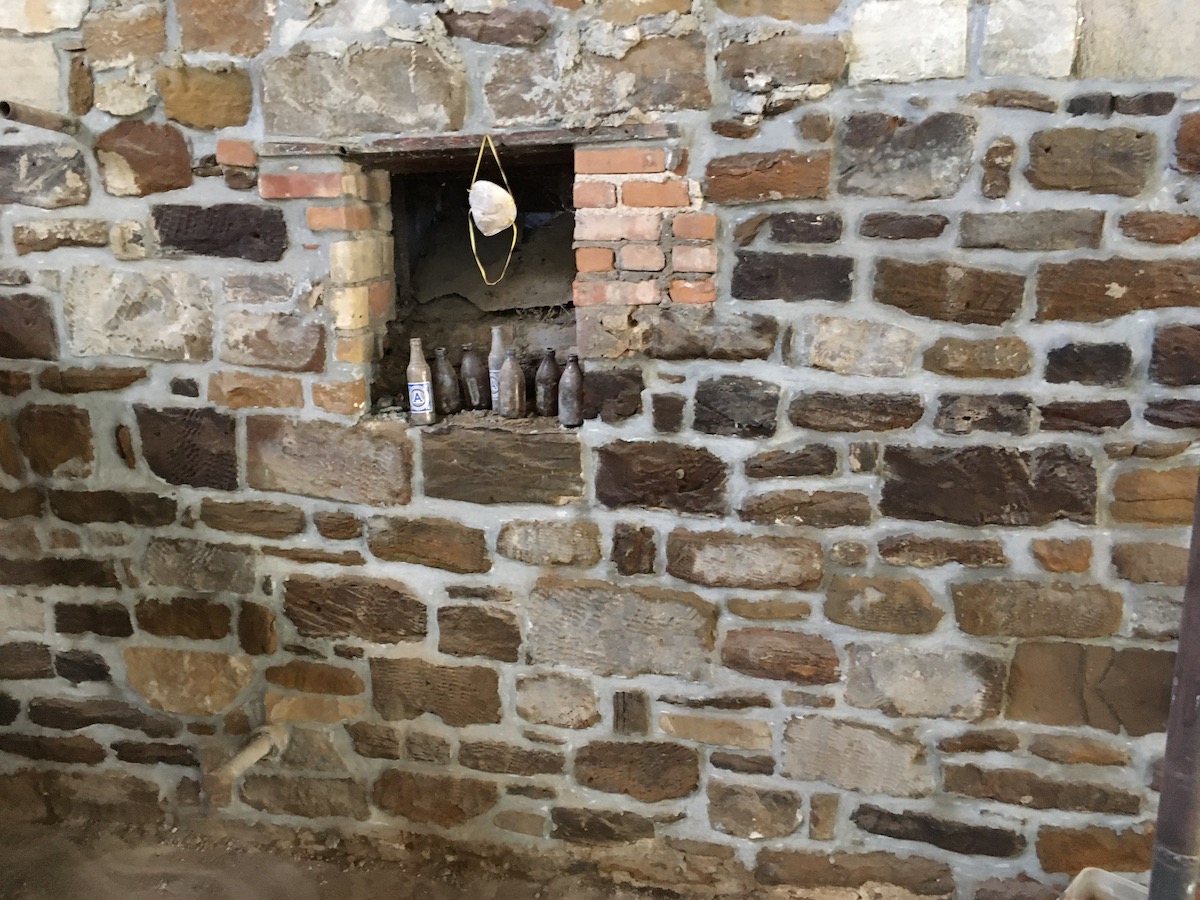 Dru Richard tells the story like a man who has been a part of it  from the beginning.

“Back in 2001, the Old Insurance building was scheduled for demolition,” he said, “and it was in bad shape.” This is when a group of concerned citizens got together and incorporated the non-profit in 2003. “It was built in 1887-1888, and we knew it would be the perfect spot for a museum.” AFTER: The new basement floor being finished (note painting in rear)

“By 2006, we got the building listed on the National Register of Historic Places,” Richard said, “and in 2007, (to generate support) we were able to put on a cattle drive, which was a lot of fun.” People on horseback drove the herd over two days and camped out each night.

“Our number one priority was saving the building, and we have created a number of different fundraising initiatives over the years since. We aren’t done, but we are getting there!”

Looking to support the preservation efforts of Dru RiIchards and the nonprofit organization to save the building, Pattern Energy donated $4,000 to the effort, which culminated in the nascent museum qualifying for $100,000 in additional funding. “This has been a slow process,” Richard says. “Our Board is made up of senior citizens, and we’d like to encourage younger members of the community to get involved.”

To that end, Richard said once the upper facade of the building had been completed and people saw what was being done, it generated buzz and excitement in Ellsworth.

The oriel window is a highlight of the renovation, resting off the side of the building’s round tower. This beautiful aesthetic enhances the overall impression the building gives.

On the outside, they have painted a facade for the lower half of the building’s front that shows how it will look once completed.

On the inside, the team has been completing construction in stages. They had to pull out the rotted floor, redo the basement concrete and raise the level of where the first floor is to improve space in the basement. 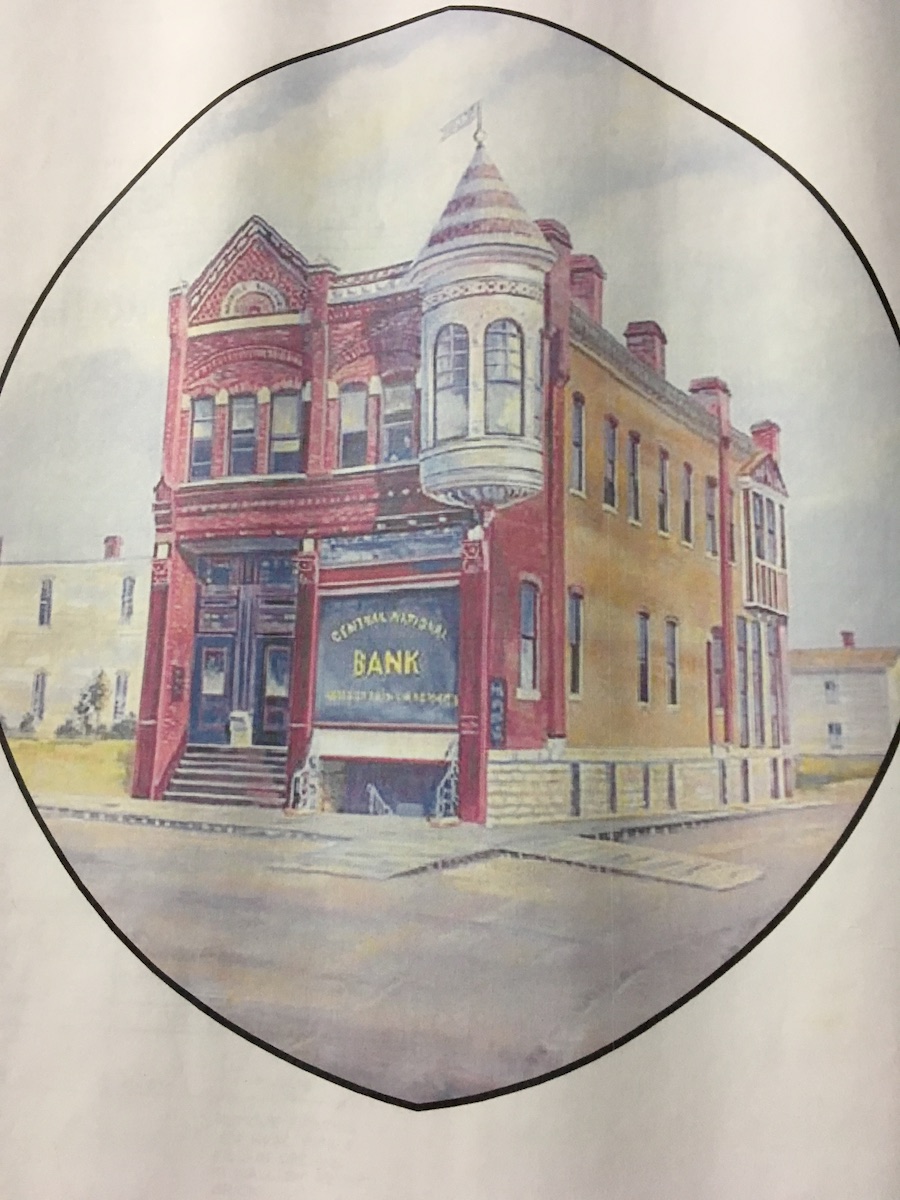 The next phase will see us finish the facade of the building, which is exciting. We made room for a little stage inside, and in addition to the National Drovers Hall of Fame, we’ll also have a screen, and, if we’re really lucky, we’ll get a chuck wagon outside.”

Dru Richard is excited about the future of the building, and Ellsworth. “A lot of people have been moving back to Ellsworth, and this building is a point of pride for our town.”

“It’s going to be really special once we’re done.”