Where the West’s most famous outlaw rests 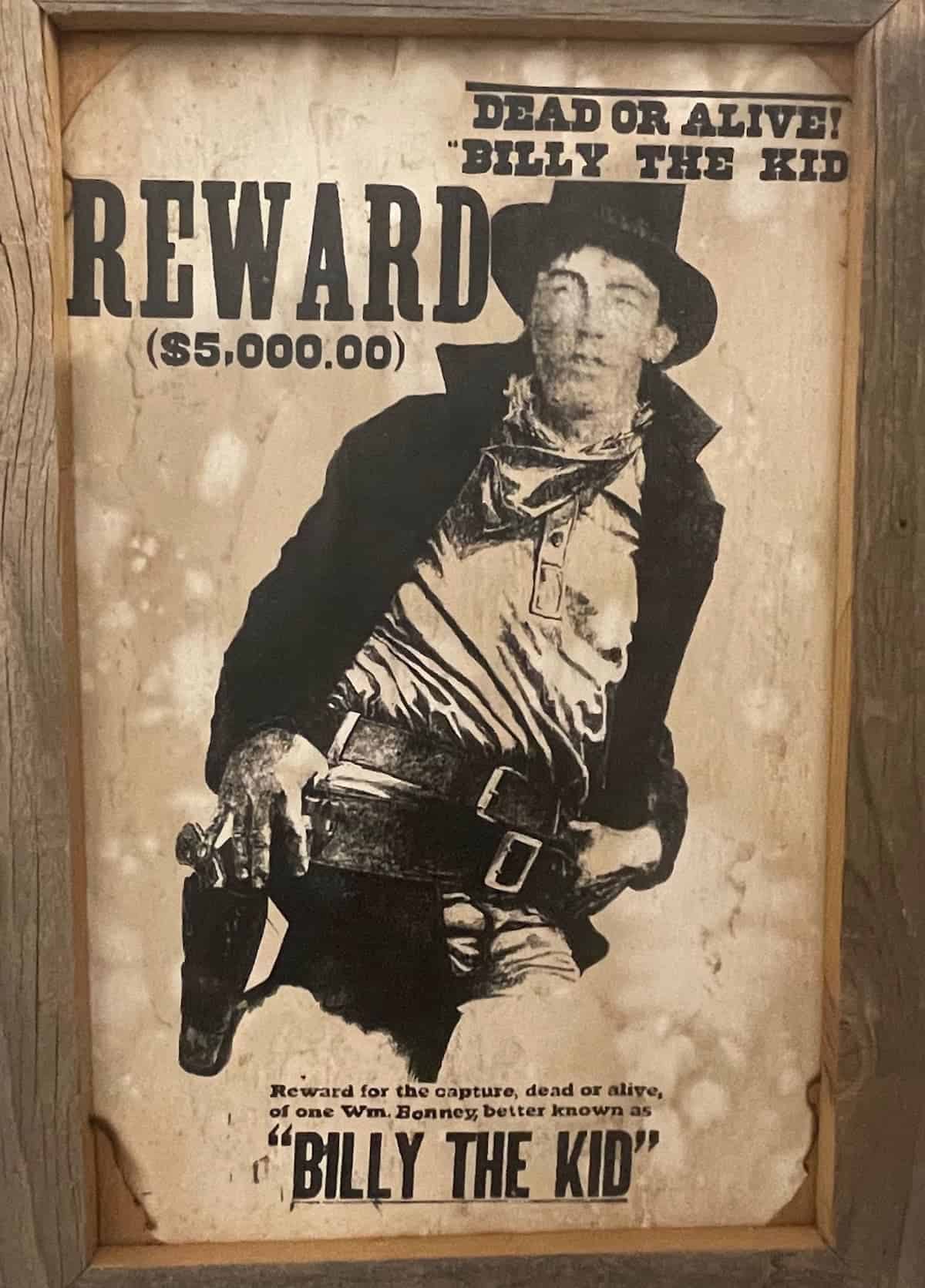 There are few legends from the American West as notorious as the story of one Henry McCarty aka William H. Bonney aka Billy the Kid. 141 years after being shot and killed, people remain interested in stories of the legendary outlaw.

Now a town of a little under 900 people, Fort Sumner was originally used to imprison Navajo and Mescalero Apache populations by the U.S. Government but was closed in 1868 when it was no longer needed and sold to Lucien Maxwell, a fur trading entrepreneur from Illinois who became one of the largest landowners in U.S. history. (That story is long and interesting, and worth reading about). Billy was shot and killed by Sheriff Pat Garrett July 14, 1881, in Fort Sumner territory and almost immediately legends about the “Kid” started popping up. But there was one problem with Billy the Kid that was more of a modern affair. A cage around his grave

It turns out lots of people like stories about outlaws, with Billy the Kid being a prime example. In 1951, someone stole The Kid’s headstone, and thus began a decades long saga to bring The Kid’s tombstone back home. It was recovered in Granbury, Texas, in 1976 and finally made it back to Fort Sumner in 1981. The Chamber of Commerce, along with Jarvis P. Garrett, reset the tombstone with iron shackles at Billy’s feet on May 30, 1981.

Today there is also a cage around Billy the Kid’s tomb, just to make extra sure things stay where they should. The story of Billy the Kid

The Old Fort Sumner Cemetery is small. At one time it served a larger community, but now only a handful of graves remain. Pat Garrett’s first wife, Juanita Martinez, passed away fifteen days after they were married, and her grave is in the cemetery. Also laid to rest are Billy’s best friends, Charlie Bowdre and Tom O’Folliard.

The main attraction of the cemetery is Billy’s grave, now with a large cage surrounding it, and a large stone marker nearby with all three names and dates of death.

Years later, in 1931, Charlie “Uncle Charlie” Foor gave tours at the gravesite. He saved tips from visitors to pay for a single marble tombstone with the names of all three men.

The tombstone was put in place in 1931, and there was one word at the top, in all capital letters: “PALS.” The marker remains there today.

A year later the cage was built around all of it to stop looters from coming and chopping off pieces of the headstone, and today the cemetery remains a popular tourist destination for people who enjoy the history of the West. If you’d like to visit Billy the Kid’s gravesite and museum, it is located in the southern part of Fort Sumner in New Mexico, just a few miles off Highway 60.