The history of the Kenedy Ranch and the The John G. and Marie Stella Kenedy Memorial Foundation is rich and deeply intertwined with the history of South Texas, and they continue to make their mark today.

Pattern Energy’s Gulf Wind facility resides on a portion of the Kenedy Ranch owned by The John G. and Marie Stella Kenedy Memorial Foundation. Royalties earned from leasing its land to Gulf Wind and other uses contribute to the funds that the Foundation distributes to local causes through charitable grants. An aerial view of the Gulf Wind turbines on the Kenedy Ranch.

I had the opportunity to interview Homero Vera, a South Texas historian, who has been working at the Kenedy Ranch since 2003, first running its museum, and later as the Chief Ranch Property Officer.

As Homero plans for his retirement this year, I wanted to hear stories about his time on the ranch, and the history of how the largest charitable Foundation in South Texas came to be and continues to give back.

The first question I had for him was, “What is a Chief Ranch Property Officer, and what do you do?” He laughed and replied in what I would come to recognize as his calm, measured, almost professorial way of speaking, “That’s a big question.”

“I got my start at the Kenedy Ranch working for retired Lt. General Marc Cisneros, former CEO of the Kenedy Memorial Foundation,” Homero told me. “I started at the Kenedy Ranch Museum in 2003. General Cisneros and I worked well together. When the ranch manager resigned in 2008, I was honored to step into the role of Chief Ranch Property Officer.”

Prior to working on the Kenedy Ranch, Homero was a Regional Historian for the South Texas Archives at Texas A&M University at Kingsville. He has interviewed many different people, gathered historical photos, helped authors with research for books, and plenty more.

“I was also a Board Member of the Texas State Historical Association,” Homero told me, “My work as a historian led me to the Kenedy Ranch, and it’s really worked out great.” Homero Vera is the Chief Ranch Property Officer of the Kenedy Ranch in Kenedy County, Texas.

Located in the tiny southern town of Sarita, just 20 miles south of Kingsville, inside the beautifully restored building of the Kenedy Pasture Company is the Kenedy Ranch Museum of South Texas. Here, visitors can learn about the history of the Ranch and the Kenedy family.

The story begins with Mifflin Kenedy coming to Texas from Pennsylvania in 1846 to serve as a steamboat captain with the U.S. Army. Following the conclusion of hostilities between the U.S. and Mexico in 1848, he married the widow of a Mexican soldier, adopted her eight children, and had six more. Mifflin and his wife, Petra Vela de Vidal, were the founders of the vast La Parra Ranch in what was then Cameron County, now Kenedy County.

Following Mifflin Kenedy’s death in 1895, his only surviving son, John Gregory, and his wife Marie Stella, raised their two children, John Jr. and Sarita, on the vast ranch now known as Kenedy Ranch. John named the town of Sarita after his daughter when it was founded in 1904.

Sarita Kenedy East and her sister-in-law Elena Suess Kenedy became the sole heirs to the 400,000-acre Kenedy Ranch in 1948. Sarita’s biography is as vast as the ranch she ran and ranged from being a Kenedy County Commissioner to receiving honors from Pope Pius XII for her service to the church.

She was a respected philanthropist and established The John G. and Marie Stella Kenedy Foundation to honor her family’s history in a way that continues to give back to South Texas today.

With a mission “to support and fund mostly Catholic, educational, charitable, and religious activities primarily in South Texas,” the Foundation has contributed millions of dollars to causes that strengthen South Texas communities. 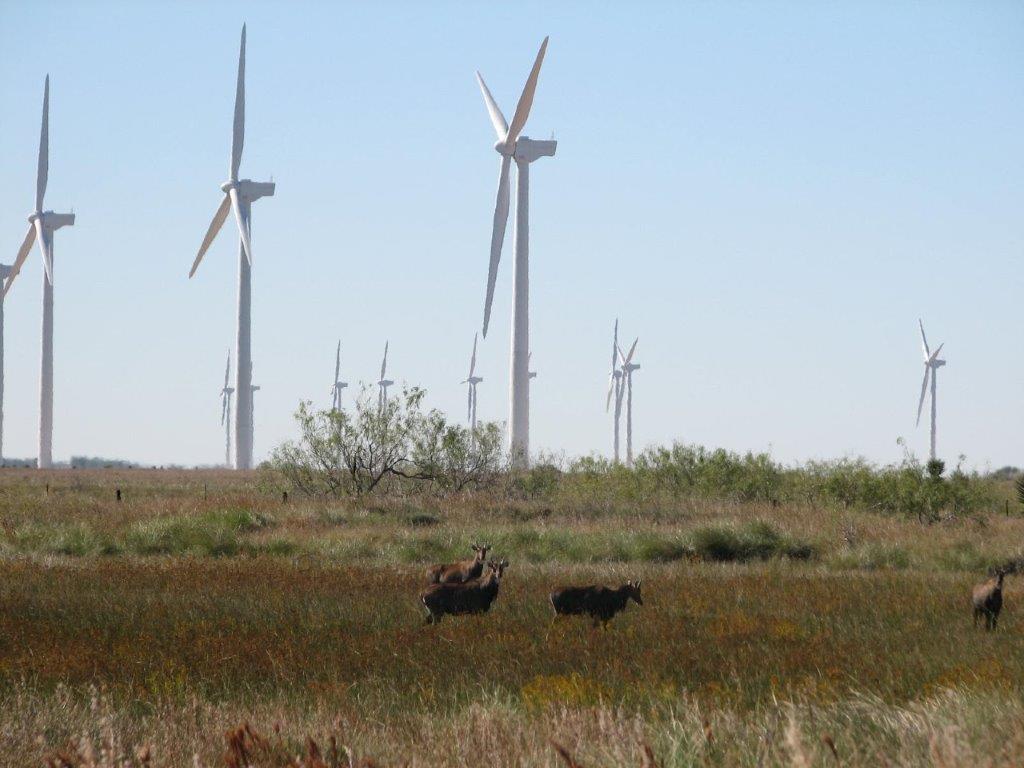 “With everything the Ranch and Foundation do, along with the grants we award… thousands of people benefit, and that’s a good feeling,” Homero said.

“With everything the Ranch and Foundation do, along with the grants we award… thousands of people benefit, and that’s a good feeling,” Homero told me with pride in his voice.

The present-day Kenedy Ranch is approximately 235,000 acres and comprised of four sections with landscapes rich in natural diversity – from native prairie, brush country, coastal marshes, and woodlands with shaded ponds – to a serene beach stretching along Baffin Bay’s coastline.

The Foundation maintains its portion of the Kenedy Ranch as a natural asset that honors the Kenedy family. It has received the prestigious Texas Parks and Wildlife Department’s Outstanding Lone Star Land Steward Award in recognition of its efforts in the conservation and enhancement of wildlife habitat in Texas.

Income generated through oil and gas production, wind energy production, hunting, and cattle grazing on the Ranch contributes to the Foundation’s investment portfolio that allows it to award grants to charitable causes.

The goal of the Foundation is to nurture and advance endeavors that contribute to helping break the cycle of poverty by assisting people to help themselves, developing the Catholic Faith and advancing Spirituality, nurturing the support and love for Catholic institutions, cultivating a passion for learning, fostering respect, and encouraging collaborative partnerships.

The Foundation accepts applications from charitable organizations and awards grants to causes primarily in South Texas, with approximately 90% supporting secular causes and 10% to non-secular causes. Applications are due in October every year and grants are awarded annually in May. You can read more about the Foundation’s grant policies and how to apply on their website.

The Kenedy Foundation also provides tuition assistance grants to all the Catholic schools in South Texas and several Catholic and public universities, desiring to make Catholic school education more accessible for all.

After discussing the causes the Foundation supports using its investment portfolio made possible by the diverse land uses on the Kenedy Ranch, Homero declared, “I really love my job… The hardest part of the day is that sometimes local traffic is bad.”

I was confused, given the Kenedy Ranch’s rural location, then Homero laughed again and explained, “Sometimes a dog is in the road, and you have to wait for it to move.” He and his wife enjoy the non-busy, beautiful surroundings, and feel lucky to live on the Kenedy Ranch.

“The Foundation had a big celebration last year,” Homero said, “It was a gathering of local people and politicians, everybody in the area. We had a festival with a mariachi band, Tejano band, and great food. It felt really good to have everyone come together, and everyone is excited for what the future holds.”